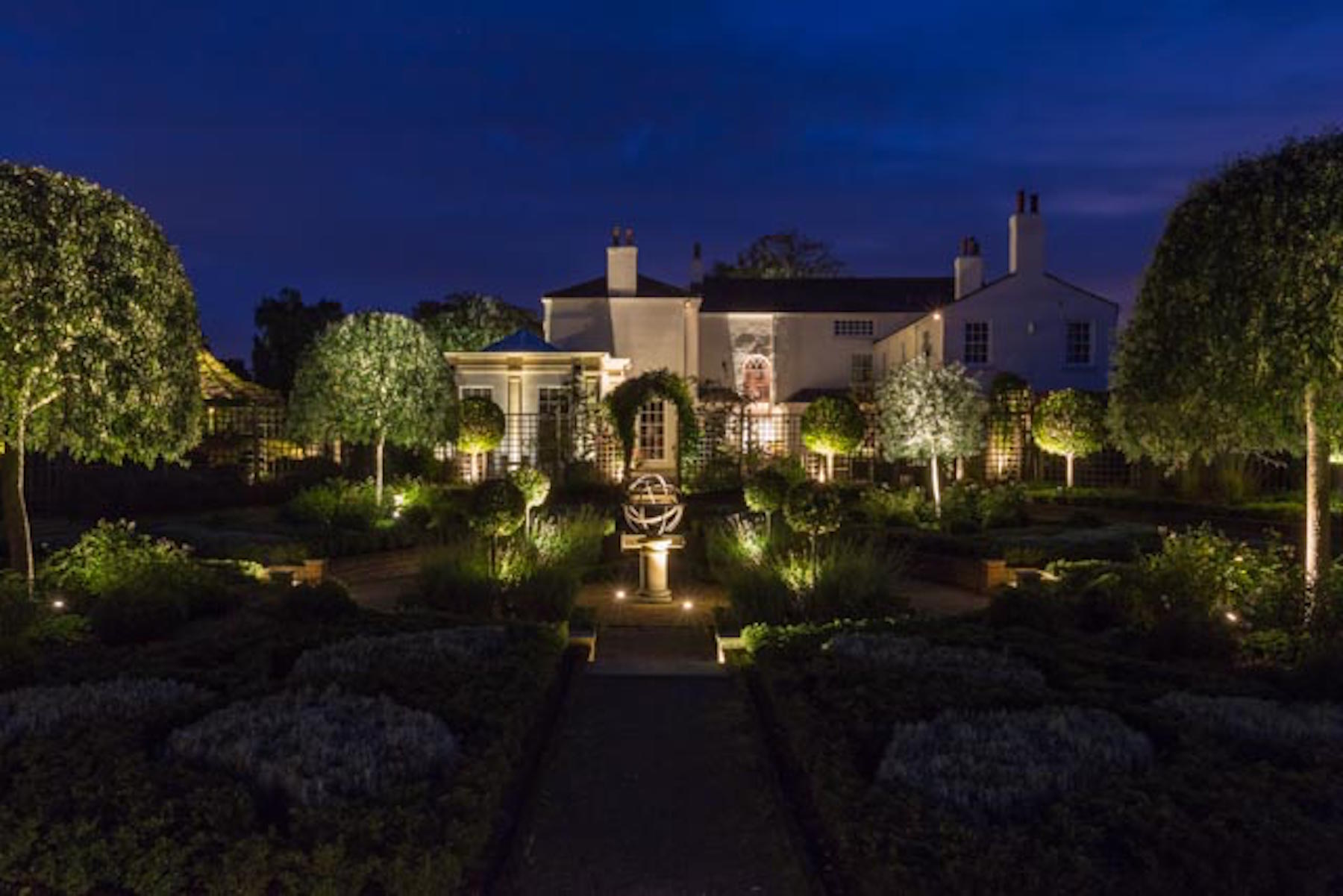 The 11-acre garden was designed, laid-out and is now maintained by Head Gardener, Eddie Harland. The garden is on two levels – an upper level of four acres around the house, fairly formal in layout, with seven acres of parkland below. The design is not an attempt at an historical recreation, but more the creation of a garden sympathetic to the Manor and its surrounds.

On the upper level, a series of four gardens with different themes are linked together by repeated use of the same hard landscape materials and key structural planting. A path running from the stable block to the drive links the gardens together via the Holly walk, Pergola and Fountain lawn. The heart of the estate is the walled garden, reflecting Mrs Thackray’s desire to relate the four seasons to the cycle of life. In the centre is Ygdrassil, the Norwegian World Tree – the symbolic Tree of Life. The circular features here are repeated as a theme throughout the garden. The gardens around the house are increasingly formal. The Sunken garden parterre is based upon the White Rose of York emblem, the clipped box and trelliswork combining well with the white rendered Manor house. The main formal axis of the garden, from the terrace down to the classical pavilion, reflects Mr Thackray’s ambition to create a ‘mini arcadia’.

The parkland has been developed with naturalistic perennial planting around the pond, a new winter garden and autumn and winter arboretums to extend the seasons.