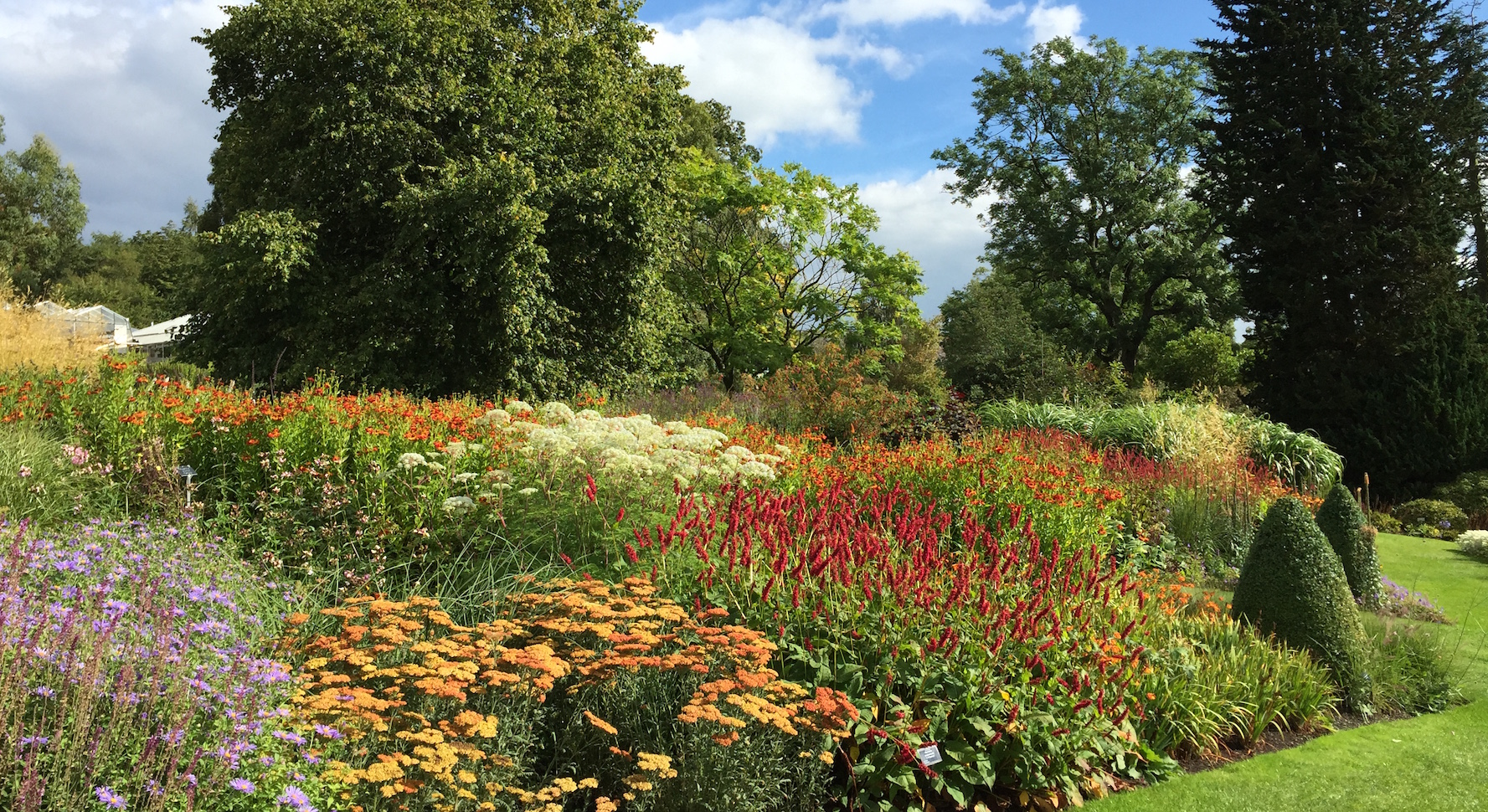 We are the sweet flowers
Born of sunny showers.
Think, whene’er you see us, what our beauty saith:
Utterance, mute and bright,
Of some unknown delight,
We fill the air with pleasure by our simple breath.
James Henry Leigh Hunt

In 1844 a Hotel and Bath House was built on the site of Harlow Carr (meaning stinking bog) by Henry Wright to maximise on the opportunities of the spring water on the site and the growing fashion for spa holidays in the nearby town of Harrogate. He also laid out the ‘Pleasure Gardens’ for guests to stroll through.

By the mid 1940’s there was a serious decline in the spa business in Harrogate and Henry Wright’s estate fell into a dilapidated state. Around the same time, the Northern Horticultural Society was looking for a counterpart to the Royal Horticultural Society’s garden at Wisley. They purchased the 30-acre estate with the run down bath-house and old hotel. The site was chosen for its less than average soil, harsh climatic conditions and elevated position. If a plant survived here, it would probably survive anywhere.

The first gardens were laid out by Colonel Charles Grey, Chairman of the Northern Horticultural Society and nursery owner, and Sir William Milner of Parcevall Hall, a great plant enthusiast. The Harlow Carr Botanical Gardens opened to the public in 1951.

Today – the site covers 68 acres and is dominated by water, stone and woodland. The stream provides a natural divide from the woodland to the formally planted areas. Much of the linear structure from the original layout remains.