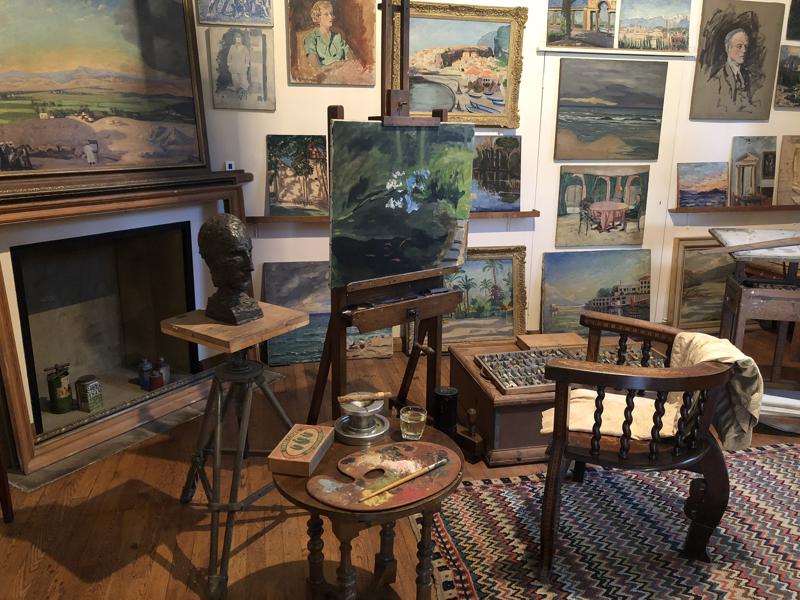 Time passes swiftly, but is it not joyous to see how great and growing is the treasure we have gathered together.
Winston Churchill

Winston Churchill is regarded by many as the greatest Englishman of all time: a great, but flawed, man. He was simultaneously, politician, soldier, writer, historian, artist and some-time bricklayer. This can be seen in the gardens at Chartwell, his home of forty years near Westerham in Kent. To Churchill, Chartwell was his refuge, a place visited at his lowest ebb during the Second World War, and one that he loved as much as any other in his life. Yet, even as he saw out the later years of his life, Chartwell belonged to the British nation, ordained to become ‘a shrine to his memory.’ Churchill was delighted, and his spirit inhabits the house to this day.

When Winston Churchill first saw Chartwell in 1922, it was a modified Elizabethan manor house, heavily Victorianized and in need of substantial work. The aspect over the Weald of Kent enchanted both Winston and his wife Clementine. Churchill commissioned the architect Philip Tilden to help turn Chartwell into a home, and it retains a homely atmosphere to this day. So much work was undertaken that it was April 1924 before Churchill could spend his first night there. Work continued improving the house and gardens for much of his life.

Chartwell is more than just an English country house. The gardens, inspired by the Arts & Crafts movement, are delightful. Next to the house, a slope overlooks a fishpond of huge proportions where Churchill kept his much loved Golden Orfe fish and woodland glades are set into the hillside. On the other side of the house, Churchill’s famous hand-built wall borders Clementine’s rose garden.

At the bottom of the garden you can see Churchill’s studio just as he left it. The studio was built as a space for Churchill to paint without interruption but was also a blessing for Clementine Churchill as it stopped her husband dropping paint on the carpets in the house. Erected in the 1930s, it became a favourite refuge for Churchill. When he was not outdoors, he was in the studio.